I woke up this morning with a gimmick idea for the format of an assessment question. The concept is to make all of the options in a multiple choice question a faux-screenshot of a Snapchat message.  This could be done with any historical figure or, in fact, could be adapted for any subject. The benefit of formatting questions like this is that you can present a knowledge-level question in an interesting way where students have to apply their learning to “their world”.

The example I created is based on a knowledge-level question about Julius Caesar. Let’s assume that you wanted to assess whether your students knew that Julius Caesar emerged from the First Triumvirate to become dictator of Rome before he was betrayed as assassinated. You might otherwise write a question like this:

Which of the following is a true statement about Julius Caesar?

A more engaging way to present the same questions might be:

OMG.  You just got a Snapchat from juliuscaesar!  If you had actually received a Snapchat message from Julius Caesar, which of the following choices would be the most realistic message he might send? 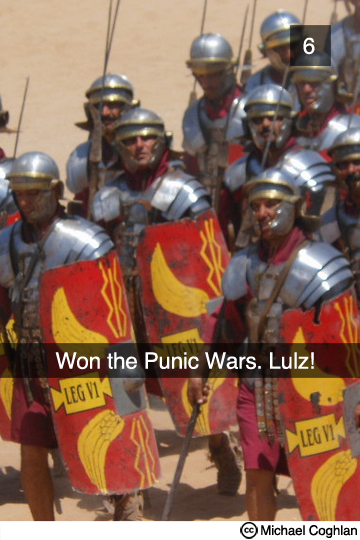 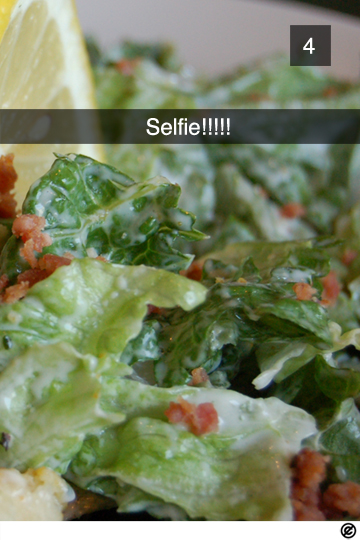 The correct answer, of course, is I mean A.

You could do the same thing using Twitter or any other social media as the basis.  Here is an example of a knowledge level question about the Roman Emperors:

The account of one of the Roman emperors you follow has been hacked and is sending out incorrect updates about that emperor.  Examine your Twitter feed below.  Based on your knowledge of the accomplishments of Roman emperors, which account is about to lose its blue “verified” check mark?

This time the answer is D.  Emperor Hadrian built Hadrian’s wall; it was Justinian who rebuilt the Hagia Sophia.

Feel free to use these images or rework the idea for your own purposes.  I’d love to hear feedback or other ideas you might have.  Enjoy!

James Zoller spent nearly a decade as a 7th grade social studies teacher in a small suburb of Cincinnati, Ohio. He is a blended learning veteran and taught 1:1 with a classroom set of iPads. He haas authored educational videos which have been viewed over 2.5 million times on Youtube. He is currently an assistant principal.

Error: Twitter did not respond. Please wait a few minutes and refresh this page.